By Ruth Plumly Thompson
Author of The Silver Princess in Oz, Ozoplaning with the Wizard in Oz, and The Wish Express, etc.


Once upon a time Oliver Elephant went on a picnic all alone. And I’ll tell you why. He wanted to eat all the sandwiches and cocoanut pies himself. He didn’t even invite Tommy Tapir.

His mother thought, of course, Tommy was going, so she put in enough lunch for both of them, and a bite for any hungry little monkey he might meet, besides.

The basket was pretty heavy, but he was so afraid Tommy or some of the other jungle boys and girls might see him that he hurried until he was all out of breath and tired.

If Tommy had come they would have taken turns with the basket, but as it was Oliver must carry it himself. As soon as he came to a place far enough away for no one to bother him, he sat down under a big tree and fanned himself with his ears.

It was warm and sticky, and all sorts of squidges and midges were flying about. They had a lovely picnic on Oliver Elephant’s back. Of course, if he had been playing tenpins with Tommy he might not have noticed them—and besides half of them would have bitten Tommy Tapir instead of him. But as it was, they all bit him and he got crosser and crosser and crosser.

The monkey didn’t say anything, but he climbed back up the tree, and after a while a big stick hit Oliver Elephant on the head. Oh, it hurt frightfully! But Oliver never let on.

“This is a fine picnic!” he grumbled to himself, and picking up the rest of his lunch stamped down to the river.

“Maybe I can be alone here!” he blustered angrily, pushing his uncle Abner Elephant’s rowboat out from the bank.

He moved into the middle of the river. Then he ate five sandwiches and two more pies. But somehow they didn’t taste good and somehow he felt heavy and sleepy. So he went to sleep, which is a fine thing to do on a picnic, I must say.

A scraping on the side of the boat awakened Oliver at last.

What do you think? Johnny Crocodile was biting big pieces out of Uncle Abner’s new rowboat. He wanted the rest of Oliver’s lunch. Oliver hit him with the oar but Johnny didn’t mind oars any more than flies—and, stars!—he bit a great piece out of the bottom, before Oliver could say Jack Robinson.

Oh, if Tommy Tapir had just been invited, everything might still have been saved; he would have rowed while Oliver bailed out the water. But now—well the big little elephant bailed and bailed—and dodged Johnny’s sharp teeth, but he could not row as well. First thing you know the water was up to his waist, next thing it was over his head, and boat and pie, sandwiches and Oliver were all in the river together.

Fortunately Oliver Elephant is a good swimmer. He swam for dear life and climbed up on the bank.

All the rest of the lunch was gone. Johnny had eaten it with great relish and was crunching up the boat for dessert.

“Fine picnic!” he wheezed, miserably. Then, because he wanted to put off going home as long as possible, and because he was cross as a whole bundle of sticks, Oliver went wandering through the jungle without bothering to look where he was going. And so he got lost.

“Would you mind climbing a tree and telling me where I am?” he asked of a monkey who had been watching him for some time.

“Climb a tree yourself, you selfish old thing!” chattered the monkey wickedly. “You ate your pie yourself—didn’t need any help with that, did you? Well find your own way home. I’m busy!”

It was the very same monkey who had wanted a piece of Oliver’s pie. He’d been following him, crossing the river on an old log even, in the hope that Oliver would relent about the pie.

Poor Oliver Elephant. He walked and ran and ran and walked for miles before he found his way back to the river. Then he had to swim across, for his boat was eaten.

Slowly and sorrowfully he limped home and you can imagine how pleased Uncle Abner was when he heard about his boat—and what happened!

“A fine picnic!” wailed Oliver Elephant as he took off his wet clothes and rolled into bed.

In answer to his last puzzles the Forgetful Poet says:  “A leaf turns color without moving.”

The words missing from his verses were days and shelf.

Today he said that he just loved 0-M. Now what do you suppose he meant?

And can you piece this patchwork rhyme together? 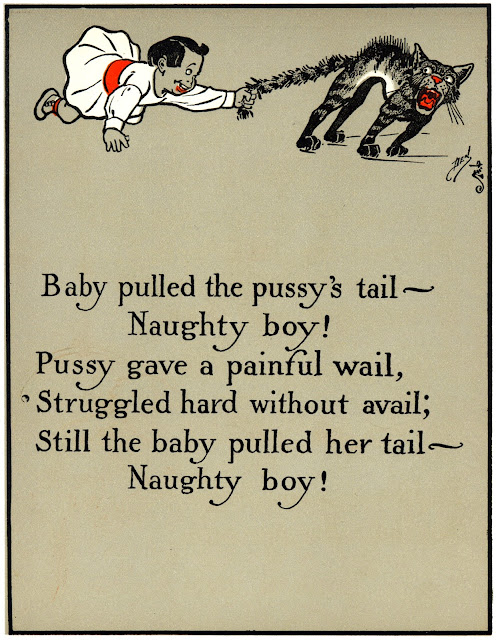 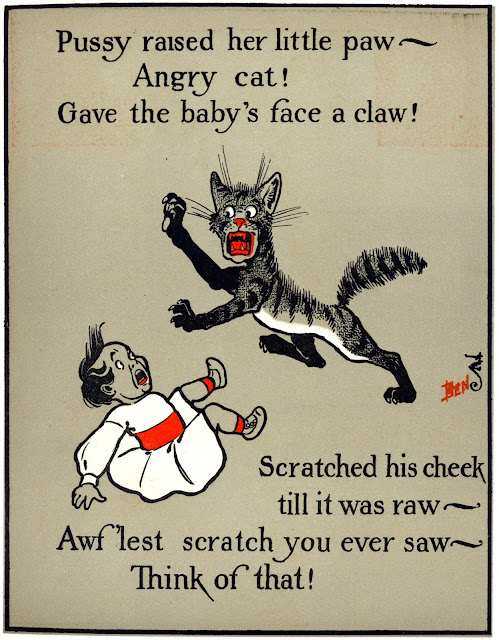 The answers to last week’s puzzles were: Greenland and the Rd Sea. The musical instruments were: Viols, Cornet, organ, harp and horns.

This week he wants to know what turns without moving and what words he has left out of this poem:

September’s nineteen ----- today,
And almost middle-aged.
Already in the Halls of Time
October’s being paged.

They fly so fast, these merry months;
I’ll have to run myself,
Or take a place with solemn face
On Grandpa Time’s top -----?

Copyright © 2016 Eric Shanower and David Maxine. All rights reserved.
Posted by David Maxine at 2:15 AM